Special Weapons And Tactics black hat with embroidered white SWAT on front, in back and on bill of cap.

The first SWAT team was established by inspector Daryl Gates in the Los Angeles Police Department in 1968. Since then, many American and Canadian police departments, especially in major cities and at the federal and state-levels of government, have established their own elite units under various names; these units, regardless of their official name, are referred to collectively as SWAT teams in colloquial usage.-Wikipedia- 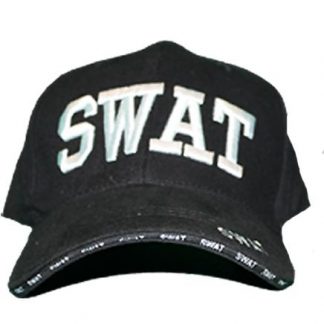