Men’s 2-piece Top Gun bomber jacket set includes brown zipper front bomber jacket with military patches and sunglasses (However, you do have to provide your own Kawasaki GPZ 900 and F-14 Tomcat accessories)…

Top Gun is a 1986 American action drama film starring Tom Cruise. As students at the United States Navy’s elite fighter weapons school compete to be best in the class, one daring young pilot learns a few things from a civilian instructor that are not taught in the classroom. 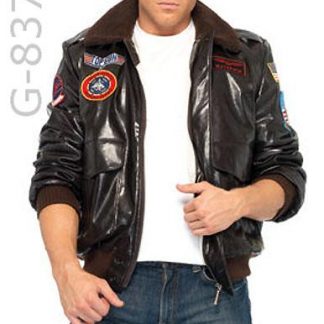